Objective:
Marital life is closely related to physical, social, and mental well-being. The aim of this study was to determine the reduction in chronic marital life stress among exposed subjects through the emotion re-focus approach.

Methods: The individuals meeting our inclusion criteria were screened with the help of Stockholm Marital Stress Scale. The cognitive assessment was also made with the help of an Abbreviated Mental Test. The subjects were assigned a random number in a double-blind and independent manner, and half of them were provided eight therapeutic sessions lasting 90 minutes for eight weeks. The remaining ones were provided identical service after the entire data collection. All analyses were carried-out in 99.0% confidence interval, 0.01% type-I error and 1.0% type-II error.

Conclusions: Within our strengths and limitations, we may conclude that emotion re-focus may help to overcome chronic conjugal life distress with 0.1% false positive error.

Similar to other mental health issues,1 marital life stress has been studied almost exclusively in few populations.2 However, marital life is liable to be guided heavily by numerous predisposing factors, culturally determined norms, customs, and expectations.3 Not all of these have been adequately studied, such as the context of irregular and shift duty hours. This exposure factor is very relevant for marital life stress because of the possibility of disturbing eating and cooking times, or providing inadequate time for amusement, sexual fulfillment, affection and communication with the partner, reducing participation in family affairs, deriving occupational stress, pressure to meet financial expenses from nagging spousal demands, etc. As an example, the time partners spend together correlates well with marital life quality.4 Many prior studies have shown that marital life stress can be effectively mitigated through existing therapeutic approaches such as emotion re-focus.5 However, given the differences between populations in the aspects mentioned above, the risk of exposure, protection, or therapeutic outcome may differ.6 Thus, following our intention to address factors and populations that are yet to be adequately addressed, we estimated the result of a structured emotion re-focus regimen against conjugal life stress among those exposed to irregular and shift duty hours at a large Industrial set-up in Tehran, Iran.

To recruit our participants, we screened all adult married workers, for conjugal life stress, who are working in irregular and shift duty hours for at least six months at a large Petroleum Gas refinery. For this, we used the Stockholm Marital Stress Scale.7 In addition, all participants underwent structured cognitive assessment with the Abbreviated Mental Test. The Stockholm Scale is experimentally valid and has adequate internal consistency and satisfactory construct validity. The Mental Test has an internal reliability of 0.90 and has high sensitivity and specificity.8 Those included were expected to attend the entire regimen (Table-1). Those with a current and a past history of organic mental illness or conflicting treatment (e.g. mood-stabilizers) were excluded.

All included subjects were given a random number in a double-blind and independent manner, and after that, half of them were allocated to a therapeutic regimen of eight sessions lasting 90 mins once every week (Table-1). The remainders were provided identical regimens but after entire data collection. Based on the Type-I error of 0.01%, Type-II error of 0.1%, and the effect size of 0.6 for the group mean difference, 136 subjects for each group was required.

All data were entered into MS-Excel and analyzed appropriately. The descriptive data was estimated by using means, number, frequency, and 99.0% confidence interval (CI). The distribution of stress scores was tested by using Shapiro-Wilk (SW) test. The mean scores were compared between groups for finding a statistical significance of the difference. In addition, within-group change in stress score was also estimated for all individual subjects from their own baseline. The effect size (ES) and the coefficient of determination (r2) were also determined. In addition, posthoc sample power was determined by using means, groups size, and effect size. Ethics permission was obtained from institutional ethics board of Kharazmi University. Informed consent was obtained from all subjects.

Our study methods and analyses were reasonable. For instance, our sample size was reasonably large and was an estimated one. The measures of association were derived at 99%CI instead of the usual 95.0%, and our results had a 0.1% false-positive error and 1.0% false-negative error. The power of our sample was 99.1%. We estimated our results in Effect size, which is known to be independent of the sample size. Both groups were comparable to each other at baseline. No other factors (e.g., the number of children) was found to be logistically related to the odds of experiencing a change in the mean score from baseline, which means that our intervention was probably the one that caused a change in mean stress score. We used a valid tool for detecting conjugal life stress. Our therapeutic sessions were structured, trained, supervised, and well-defined, Table 1. We do not enlist many other reasons here due to space restriction.

We were right to address this topic because both marriage and divorce are fairly frequent social phenomenon. Globally, about 92.0% individuals are ever-married, and about a quarter of them would possibly end-up in divorce. So, the number of those who are likely to be at-risk at any given point of time is enormous. In our population as well, the marriage is more popular than remaining as single.9 Moreover, our work was necessary because many factors that may predispose individuals to conjugal life stress, such as ours, are inadequately addressed. Also, our work strengthened the basic tenets of emotion re-focus theory.

We did not find any association of relevant social factors, including the number of children, education, duration of marriage, etc with the odds of experiencing a change in conjugal life stress score, p>0.05. The social factors may10 or may not11 influence conjugal life quality, depending upon cultural nuances.12 For instance, in most western populations,13 living of children in their early adulthood with their parents is stigmatizing due to possible role conflict, restriction of freedom, etc. In traditional populations though, the households are “one collective unit”, which may provide additional social, emotional, and financial support to members of the household.14 Another example of varying cultural nuances comes from France where having children are primarily a tax-saving and income generation mechanism (Field data, D Bhalla). Others have also shown that the role of various social factors in conjugal life quality is smaller than expected,15 for instance the duration of marriage because even those with long marriage duration remain vulnerable to poor conjugal life quality.16

For those who did not receive our intervention, there was about a 3.5% decline in mean conjugal life stress score, although it was not statistically significant. This result match with those of the others who have shown that the placebo effect in emotion re-focus studies is quite likely,17 but, as expected,6,18 this placebo effect was inferior to the effect of our intervention.

For those who received our intervention, there was a significant 17.2% decline in mean stress score over eight weeks. The mean score change was evident inspite of the fact that the subjects in both groups were exposed to the same risk factor at a similar degree of exposure at the same location. Our results, therefore, imply that the effects of emotion re-focus on affective processing is consistent with the hypothesis of stress-induced exacerbation of negative and attenuation of positive affects, thereby changing the quality and magnitude of response to negative emotion-evoking stimuli. Others have also shown that conjugallife stress can be improved through correcting emotional responding and regulatory processes,5 and maintaining positive emotional responding is an important resilience factor.

Our sessions were structured, focussed and well-defined 19 and covered many mechanisms by which emotion re-focus benefits, including better self disclosure, proximity seeking, trust and faith, emotional responding and sharing of positive events, reduction of blame, etc 19. Our field staff was trained on the treatment protocol, although others have shown that their training is not a pre-condition to derive therapeutic effectiveness.20

As usual, our work had few limitations. For instance, we did not identify factors that underlie conjugal life stress. We intervened for eight weeks duration, and it might be interesting to see if intervening for a longer duration could improve the outcome further; although longer interventions also have the risk of non-adherence.21 We did not analyze the effect of many possible variables, such as religion, on conjugal life stress.22 Nevertheless, as shown above, our work was essential and applies to both western and non-western communities because of the communality of challenge in maintaining conjugal quality and prospects that our therapeutic sessions offer.

Conflicts of Interest: DB receives research funds and attends and gives a talk in meetings that may have been funded directly or indirectly by commercial entities. All other authors have no conflicts of interest. 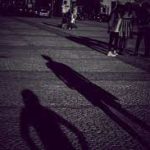 A Comparative View Of Mediation In Spain As Contrasted With Other European Countries: Moving From The Shadows Into The Spotlight

ABSTRACT Conflict resolution experts worldwide have wrestled with whether mediation is an alternative form of dispute resolution or the frontrunner. This dissertation negates the notion 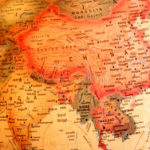 Impact Of Diplomacy On India-China Standoff 2021

ABSTRACT Two years post 2020 will make a mark in the history books of all countries! The COVID-19 pandemic has changed global politics and most 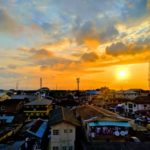 The Impact Of Population Growth In West Africa: The Nigerian Outlook

1.     ABSTRACT The global population in recent times has rapidly increased despite several untoward situations and factors. However, population growth—as excessive and unsustainable—is only affecting 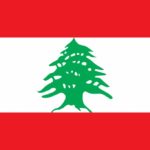 Is Good Governance An Oxymoron? The Lebanese Multifaceted Predicament

Introduction Whenever significant adversity erupts somewhere on the planet, governance bears a considerable if not the whole responsibility. Be it local or global, economic, financial, 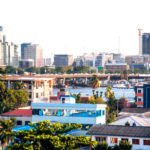 The Transition To A Circular Economy In Nigeria: Identifying The Key Factors

ABSTRACT The vulnerability of the Nigerian economy to the fluctuating rates of crude oil in the international market, high levels of unemployment, and insufficient power 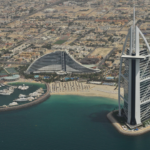 ABSTRACT The construction industry’s significance escalates due to its contribution to the economy’s overall GDP. However, the detrimental effect it imposes on the environment also

Publisher information: The Intergovernmental Research and Policy Journal (IRPJ) is a unique interdisciplinary peer-reviewed and open access Journal. It operates under the authority of the only global and treaty-based intergovernmental university in the world (EUCLID), with other intergovernmental organizations in mind. Currently, there are more than 17,000 universities globally, but less than 15 are multilateral institutions, EUCLID, as IRPJ’s sponsor, is the only global and multi-disciplinary UN-registered treaty-based institution.

IRPJ authors can be assured that their research will be widely visible on account of the trusted Internet visibility of its “.int” domain which virtually guarantees first page results on matching keywords (.int domains are only assigned by IANA to vetted treaty-based organizations and are recognized as trusted authorities by search engines). In addition to its “.int” domain, IRPJ is published under an approved ISSN for intergovernmental organizations (“international publisher”) status (also used by United Nations, World Bank, European Space Agency, etc.).

Copyright © 2020 IRPP et al. This is an open access article distributed under the Creative Commons Attribution License, which permits unrestricted use, distribution, and reproduction in any medium, provided the original work is properly cited.